in a time were we already are experiencing so much suffering for the Corona Virus, I inform you of the death of Fr. Giovanni Battista (Gianni) Sandalo, which took place in our Home for elderly in Lecco, Italy, yesterday Friday 20 March at 8.10 am. He was 70 years old.

Fr. Gianni was born on 6 January 1950 in Villadose (Rovigo, Diocese of Adria). He moved with his family to Caronno Pertusella (VA) and entered the archiepiscopal seminary of Milan, completing his classical studies in Venegono Inferiore (VA). In 1972 he entered the PIME seminary in Monza as a student, issuing the Final Promise of belonging to the Institute on February 12, 1977. Ordained Presbyter on June 18 of the same year, by Mons. Pirovano, in Sotto il Monte (BG), he dedicates the early years of priestly life studying (Licence in Moral Theology 1977-1979) at the Gregorian University  (with a thesis on “Il Celibato Consacrato come progetto di vita secondo alcuni scritti di Rahner, Schillebeeck e secondo gli elementi emergenti dell’insegnamento della Chiesa – Consecrated celibacy as a life project according to some writings of Rahener, Schillebeeck and according to the emerging elements of the teaching of the Church)  and teaching in the Theological Seminary of Monza. In January 1986 he left for the Philippines, and in Paranaque, Manila, founded the new Parish of Mary Queen of Apostle with fr. Giulio Mariani (1933-2019). As the Director he run also the Euntes Mission Center in Zamboanga City which was then closed on 2012. He remained in the Philippines until 2018. During these years was also the Regional Superior of Pime-Philippines and lived in the Regional House in Zamboanga City from 1999 to 2009.

Some of his letters, as Regional Superior, were published on Bayanihan, a quarterly paper bulletin sent to all the confreres of the Philippine Circumscription, and which was always preceded by the letter of the Regional Superior. In his last letter (September 2008) he wrote as follows: “Someone said that, because of our lifestyle choice, we missionaries are experts in preparing packages and suitcases. Among the many parcels that we have ready, two are tied together by a string: the parcel of Hope and the parcel of Co-responsibility. They are special and accompany us, they are heavy and at the same time light as the dreams that accompany our life. (…) How many times have we tied our packages with twine. For our packages, the string has a name: Jesus of Nazareth, our Lord and Master. He is always the excess novelty. It is his Easter, his cross, his resurrection, his imprudence, his forgiveness, his closeness of being a school of life for each of us, for our community that starts again, that resumes walking remembering the past 40 years (in the Philippines) with an eye to the future ”

He then, in 2009, returned to the parish of Mary Queen of Apostle, in Manila, where he was parish priest until 2018, when he was reassigned to the Community of Gaeta (Latina), Italy, and appointed by the local Archbishop, mons. Lugi Vari, as parochial vicar of the Parish of Saint Paul Apostle. But after few months, he was diagnosed with a tumor to the colon and transferred to the PIME House in Rancio. From here he wrote in the last days: “I thank the people I met on my way. Despite my bad temper they have always been close to me with the support of their friendship and their prayers. God You are (my) Father, accept me, make me always feel your faithfulness and friendship “.

Due to the ongoing coronavirus emergency, it will not be possible for us to attend the funeral and the burial rite. We PIMEs in Milan are joining spiritually today March 21 at 9.30 am, for the funeral that will be celebrated in our House in Rancio. Afterwards, the body will be brought to Caronno Pertusella (VA), for burial at the Pertusella Cemetery in the chapel of the native priests of that city.

Rest in peace, dear Fr. Gianni and the Perpetual Light shine on you. 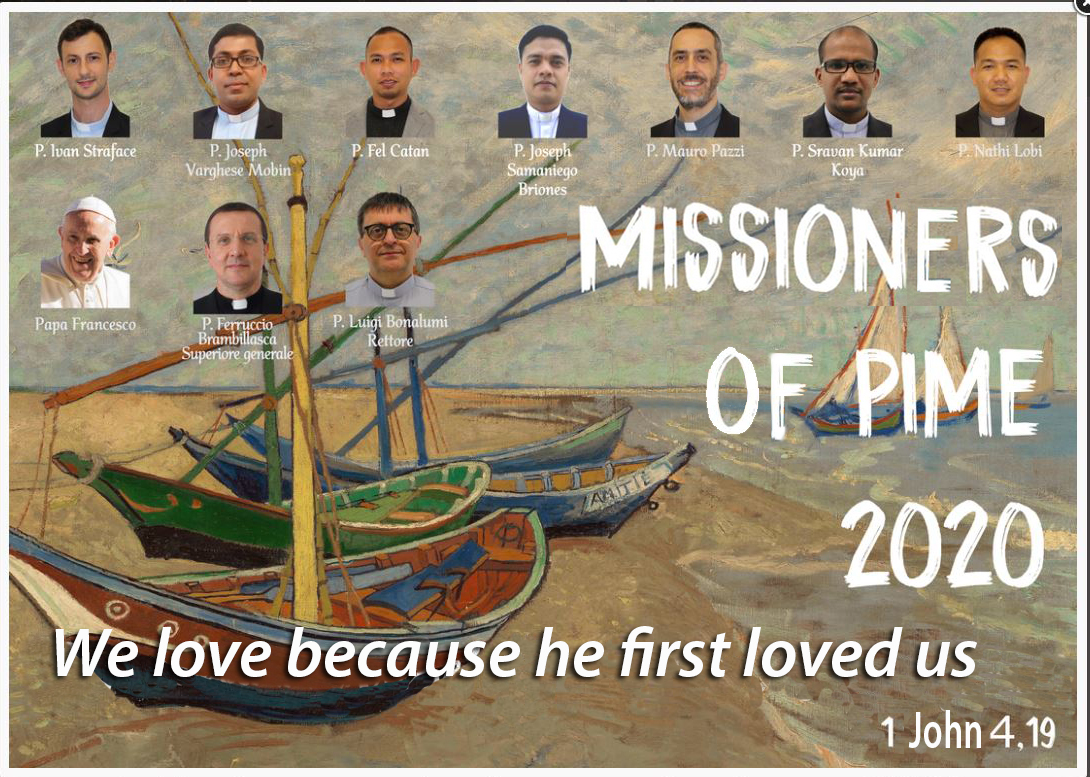